I have known Michael for over 20 years. Michael has worked with me as an assistant coach at both the male & female level and he has also worked as my goalkeeping coach on many occasions. Michael has often provided a detailed video analysis of outfield players in relation to positioning and tactics, showing their strengths and those areas that they can improve both offensively and defensively. He has also done the same with goalkeepers, providing his own insight into their development based on their qualities. I have always found this information, not only informative and thought provoking, but for those players that are willing to listen and apply, I have seen remarkable improvement in their game.

Having received training from private academies, soccer clubs and the provincial program, these environments offered Scott many tools to become a successful player but still his knowledge of the game was not complete. Early in 2016, Mike Hunter offered his video analysis approach to help complete Scott’s game. A one on one instructional strategy to help Scott better understand the responsibilities of his position. Scott had been successful but never really understood how to play his position. Results speak for themselves. Since Mike started working with Scott, he has gone to Club Nationals three times, made the Canada Summer Games team as an under-aged player, been selected to the Nova Scotia Whitecaps Pre-Residency program, and recently started and played 80 minutes as the youngest player for the HFX Wanderers vs Fortuna Dusseldorf. If you’re looking for the missing link that is not offered elsewhere, look no further. . .
– Andy Firth 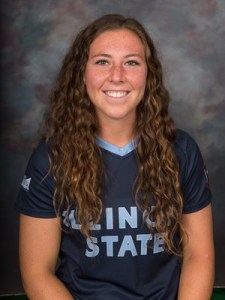 Reviewing film is a very important part of the growth of any athlete, but especially a goalkeeper. This position places such a large importance on positioning and technique. Doing goalkeeping sessions with Mike helped me learn and improve my techniques for saving and distributing the ball, which are extremely important aspects of goalkeeping. Positioning is something you need assessed in game situations, which makes film very important. By going over game film with Mike I learned my tendencies very quickly. Many of the shots that resulted in goals were not because my techniques let me down, but because my positioning was incorrect. Once I was aware of where I was over-shifting or starting too low, they were easy corrections to make. After Mike pointed out my flaws I began focusing more on positioning in games, by checking my placement on restarts and whenever I remembered. Now I am able to find my set position more naturally without thinking. Overall, I think it is important to use any resource available to improve your skills and knowledge of the game, and film is a great resource if you have someone who knows what they’re talking about, and Mike is beyond qualified for the job.

I have been training with Mike for 8 years now. Not only has he helped me improve my game through training but also with the use of video analysis. When you reach the top level of your sport the margins between good and great are so slim that the smallest details make the biggest difference. Mike was always one to teach me about the details, together we would look at film to improve my positioning, technique and situational awareness. Not only would we use game footage but footage from training sessions as well. If you’re looking to take your game to the next level there is only one person I would recommend and that is Mike.